Jason Much enlisted in the Navy in 1991. He was on submarines for 10 years at Sub base Bangor as an FT on the USS Alabama Gold and Blue crews, until he commissioned in 2001. At that time he became a Surface Warfare Officer (SWO) and for 15 years spent most of his time out to sea on multiple ships: USS Lincoln, USS Shoup, USS Stennis, and USS Milius, as well as working for Navy Region Northwest at Sub Base Bangor. In February, 2015, three months after he graduated from the Naval War College with a Masters in Strategic Warfare, he was diagnosed with Glioblastoma, terminal brain cancer. He died 17 months later on July 18th, 2016. 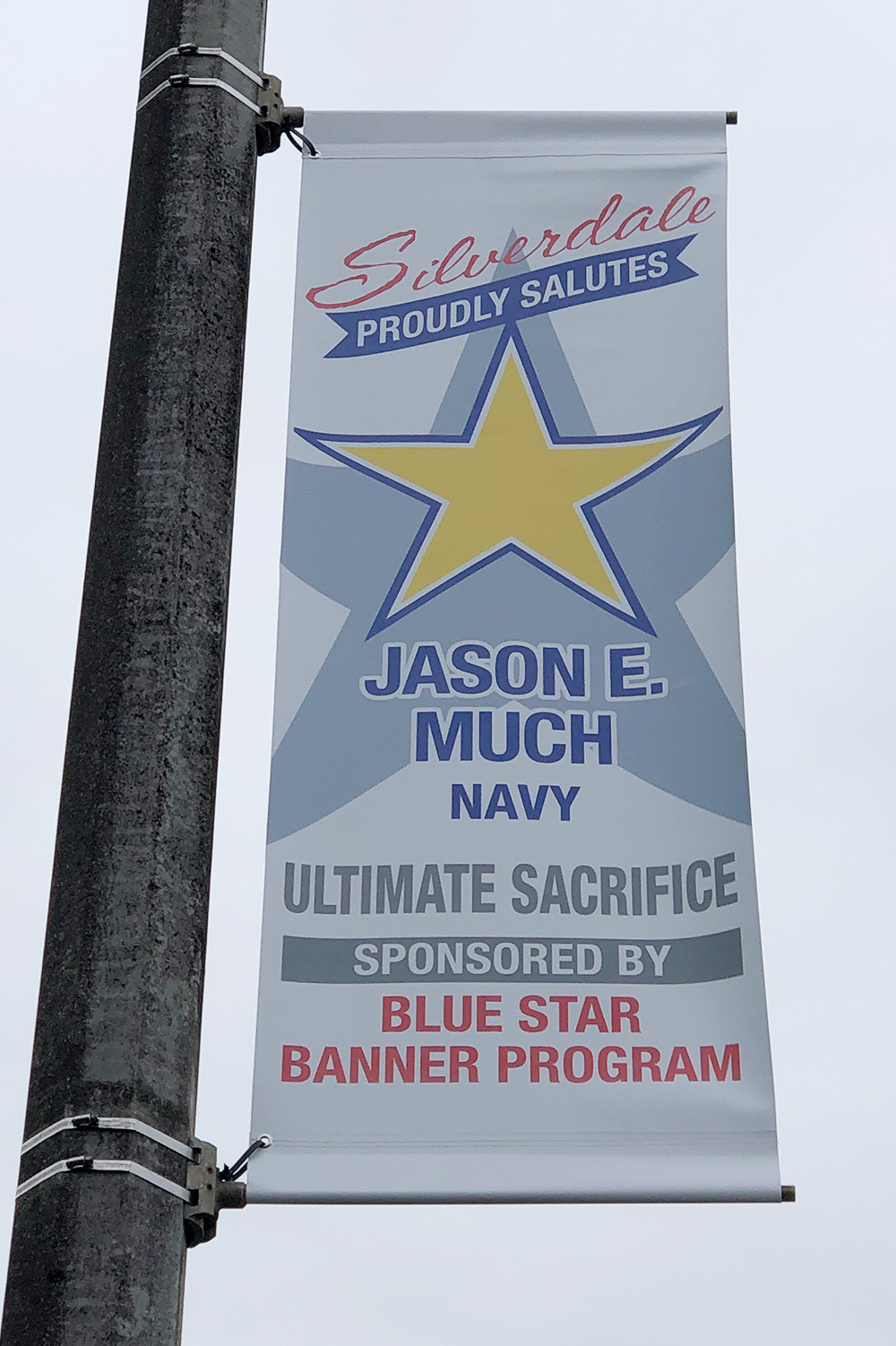